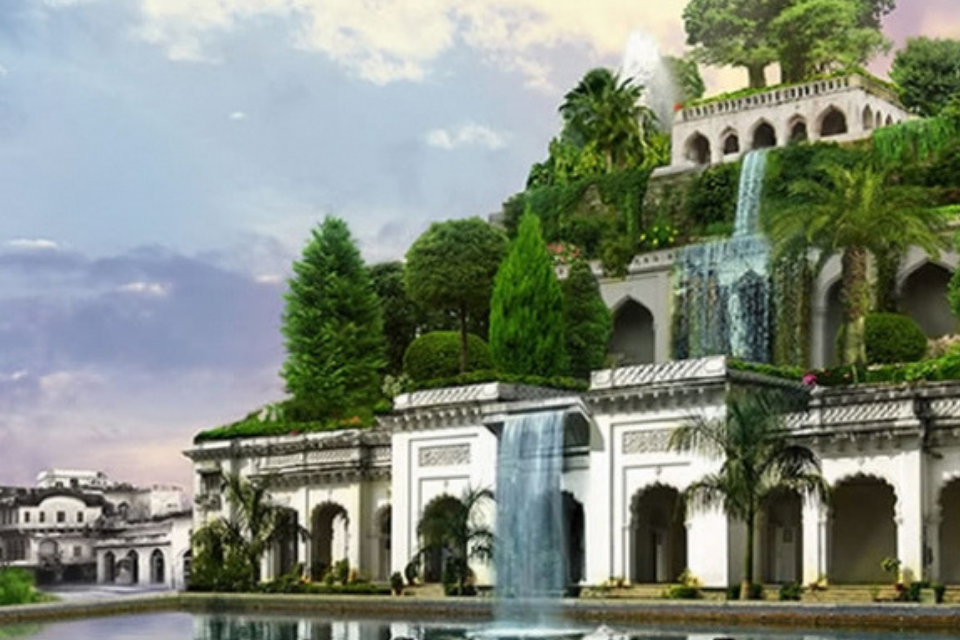 Do you know the history of growing vertically? Read here about the ancient history behind this seemingly modern technique.

As vertical gardening enthusiasts, it’s fascinating to follow the meandering path people took to growing plants up surfaces instead of in their traditional horizontal placement in the ground.

Found in nature and ancient civilizations, vertical gardens have been thriving for centuries on walls all over the world.

One of the Seven Wonders of the Ancient World, the Hanging Gardens of Babylon were built in 600 BCE by Nebuchadnezzar for his wife Amytis (though this is disputed) and are one of the first, and most famous, examples of a creative approach to decorative, wall-based gardening.

As the Ancient History Encyclopedia describes, “The Hanging Gardens did not actually hang at all. They were made up of a simulated mountain with rooftop gardens. They would have likely been multi-level terraces supported by baked brick columns. These columns would have been filled with dirt to allow large plantings and trees to root and grow. The effect of the plants hanging down over the years likely gave the effect of a lush mountain landscape, seemingly hanging in mid-air. It would have been spectacular to behold.” 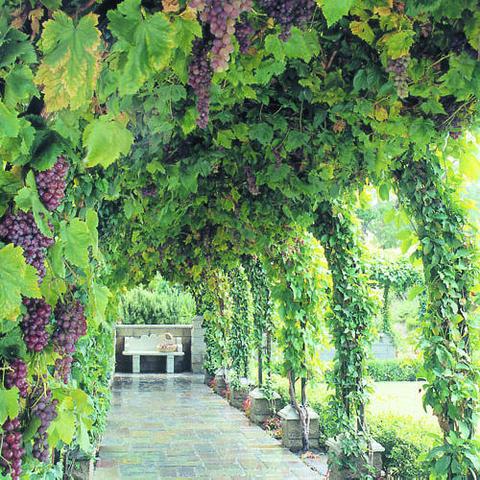 Ancient Greece had a thriving wine industry, and although they were planted horticulturally, vines had multiple uses and were often planted as illustrated above; practically, for shade, but also in an aesthetically pleasing manner. “The first vertical gardens date back to 3000 BCE in the Mediterranean area. Grape vines (Vitis spp.) were, and continue to be, a very popular food crop for people in the region, so they were commonly grown in fields, homes, and gardens throughout the area. Sometimes vines were planted for the purpose of growing food, and others to simply provide shade in places where planting trees was not an option,” says Land8.

One of the best things about vertical gardens is that they can have a multitude of uses - practical and aesthetic, and often both!

There’s no exact time frame for this, but ivy, roses, honeysuckles and other creepy, crawly plants have been growing over ancient British mansions for centuries. Though not what we would understand a vertical garden to be today, since technically a vertical garden needs to have a growing medium it’s growing over, not just soil at the base, they definitely inspired some of the vertical aesthetics we are seeing today. A popular example is Llanwenarth House, pictured here. This beautiful mansion was built in the 16th century, and inspired the hymn “All Things Bright and Beautiful.” Interestingly, ivy was proven in an Oxford study to actually protect the walls of some of these ancient homes.

PROFESSOR STANLEY HART WHITE, THE “INVENTOR” OF THE VERTICAL GARDEN 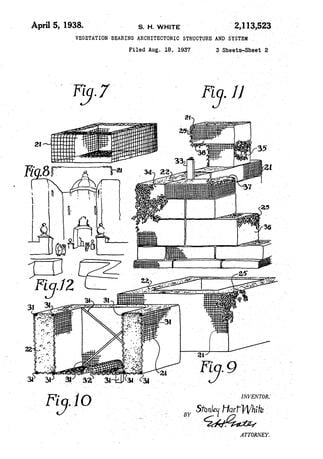 The first hint of a vertical garden as we know it was patented in 1938 by Stanley Hart White. Then named “Botanical Bricks” by their maker, Stanley Hart White. He was a professor of Landscape Architecture at the University of Illinois from 1922 and developed prototypes in his backyard in Urbana, Illinois. His brother, famous author E.B. White (Charlotte’s Web, Stuart Little) wrote to their sister in 1937: “I guess everyone has crazy brothers and sisters. I know I have. Stan, by the way, has taken out a patent on an invention of his called ‘Botanical Bricks,’ which are simply plant units capable of being built up to any height, for quick landscape effects, the vertical surfaces covered with flowering vines, or the like. He thinks that the idea has great possibilities for such things as world fairs, city yards, indoor gardens, and many other projects. I think perhaps he has got hold of something, and have written him for more information. He certainly deserves a break.”

PATRICK BLANC, POPULIZER OF THE GREENWALL 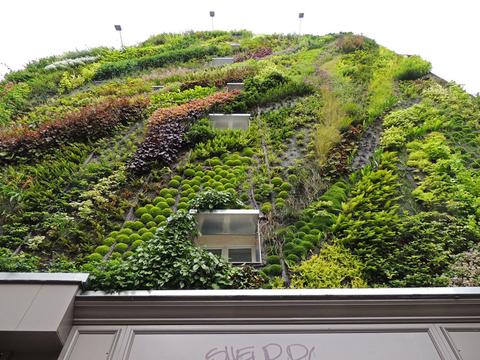 Though not the inventor of the green wall, Patrick Blanc brought the concept to popular imagination and turned it into the concept we know today, both decoratively, and for urban farming, after a hugely successful installation in 1986 of a huge indoors green wall. “His first installation of a green wall was in 1986 at the Museum of Science and Industry in Paris, and was followed a decade later by the Foundation Cartier also in Paris,” writes Vertigro. Blanc was an ecological engineer and tropical plant specialist, and his creative use of green walls inspired people for decades to come. 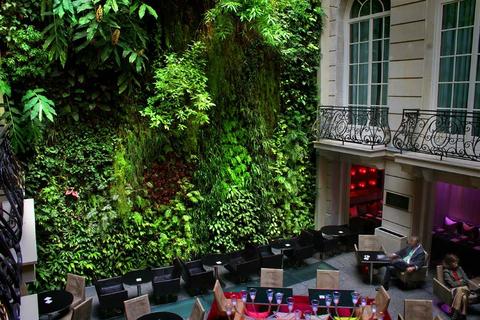 Some form of vertical gardening has been around for almost as long as people have been planting, and in modern times has turned to science (think massive indoor urban farms using hydroponics) and improved system design. An example of this (if you’ll allow us!) is GrowUp’s system, which uses a clever (though ancient) design - the honeycomb - which allows for greater flexibility with the system’s layout, as well as a more compact design. We have also spent years updating our hardware, and made sure we used leak-free irrigation, light plastic hardware, a looped irrigation system and water-absorbent bags for each pot.

Information on how including decorative vertical gardens in your office buildings will help boost your LEED score.

Vertical gardens are a great way to produce your own herbs and salad greens at home. Protect your crops with this simple organic pest control...

Looking for some great starter crops for your vertical garden? These herbs and salad greens are simple for anyone to grow!

Get notified on new marketing insights

Be the first to know about new B2B SaaS Marketing insights to build or refine your marketing function with the tools and knowledge of today’s industry.