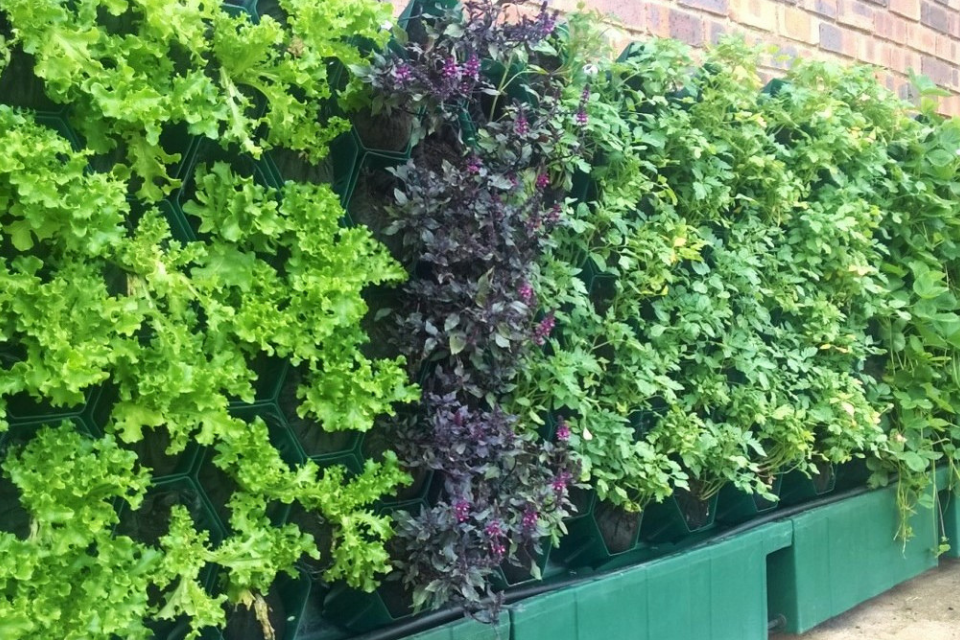 How Vertical Urban Farms Could Save Your Community

Easy to install, cheap to run and clever on space: vertical urban farms could be the solution we’re looking for.

Easy to install, cheap to run and clever on space: vertical urban farms could be the solution we’re looking for.

The world is feeling a little bit like an apocalyptic movie these days: from terrifying articles about climate change to scary stats about over-population and our inability to feed an alarming number of people.

Despite this, did you know that close to half of the USA is taken up by farmland? A massive 44% of the USA’s territory is used for farming, and yet many impoverished citizens live in “food deserts” - cities without easy access to healthy fruits and vegetables. Many Americans struggle with malnutrition, obesity and early death as a result.

Sorry to say, but it’s only going to get worse. “By the year 2050, nearly 80% of the earth’s population will reside in urban centers. Applying the most conservative estimates to current demographic trends, the human population will increase by about 3 billion people during the interim. An estimated 109 hectares of new land (about 20% more land than is represented by the country of Brazil) will be needed to grow enough food to feed them if traditional farming practices continue as they are practiced today. At present, throughout the world, over 80% of the land that is suitable for raising crops is in use,” says Climate CoLab. 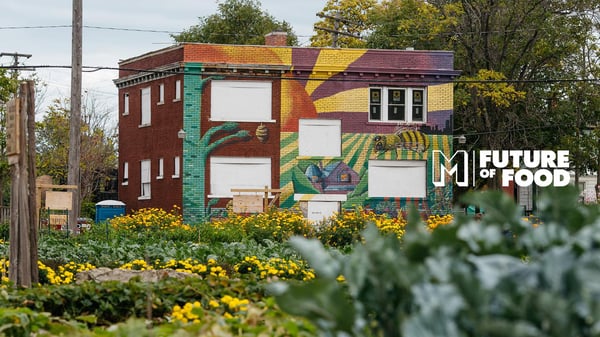 “As Detroit’s landscape has changed with depopulation, urban agriculture has sprung up in lots and fields across the city,” says Daily Detroit, “Besides simply growing food, these are places to learn, teach, and spend quality time. According to Keep Growing Detroit, there are 1,400 urban gardens and farms located in Detroit. Through these operations, more than 70 urban gardeners have the opportunity to sell fruits and vegetables they grow at local market outlets.  KGD has one of the largest farms in the city, but the smaller ones are just as down to earth.”

Urban farms are the next logical step in saving the world. As ThinkProgress says, “As concerns mount over the accessibility and quality of meals in cities, urban agriculture is becoming a practical solution to give communities more choice — all while helping address greenhouse gas emissions from centralized agriculture.” 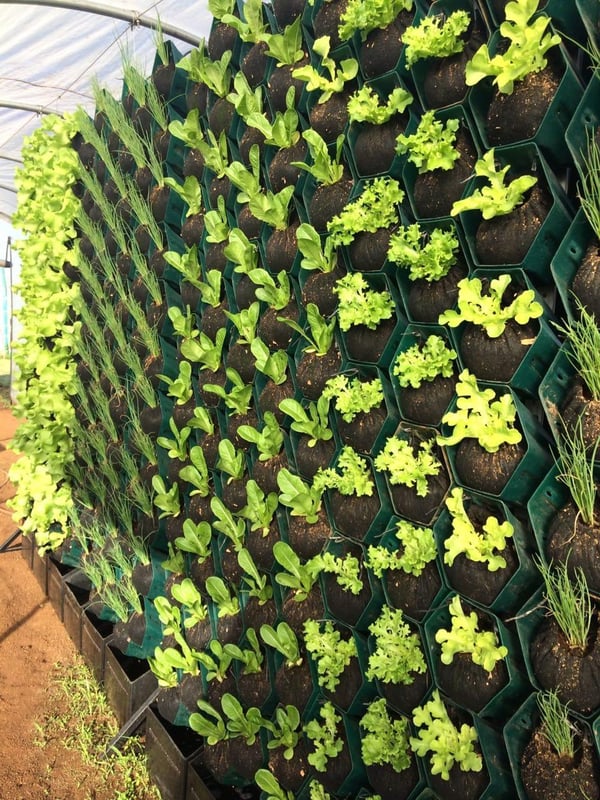 Detroit’s hardly the only food desert to come up with this solution. The report from the Global Hunger Index [PDF] recommends urban farms as a solution to many of the food woes faced by communities without access to healthy greens. They say in reference to urban farms, “Increase support for small-scale food producers: Governments should build the capacity of small-scale producers, particularly women, by ensuring access to public services such as infrastructure, financial services, information, and training.” These micro-farms in urban areas can also pack quite a punch. An example in South Africa is Bertrams urban farm: “While a normal farm would stand at an average 2400 hectares, Bertrams urban farm is only 4800 square meters [51666,77 square foot].”

Singapore, a tiny country, has taken the urban farming initiative a step further with their urban farming skyscrapers. This article explains the country’s challenge: “An influx of immigrants has resulted in a rapid crowding of Singapore’s skyline, as more and more towering apartment buildings shoot up. And meanwhile, what little land was available for farming is disappearing fast. The solution to the problem came in the form of a public-private partnership, with the launch of what has been hailed as the ‘world’s first low-carbon, water-driven, rotating, vertical farm’ for growing tropical vegetables in an urban environment. The result of a collaborative agreement between the Agri-Food and Veterinary Authority of Singapore (AVA) and a local firm, Sky Greens, this venture aims to popularize urban farming techniques that are also environmentally friendly.” 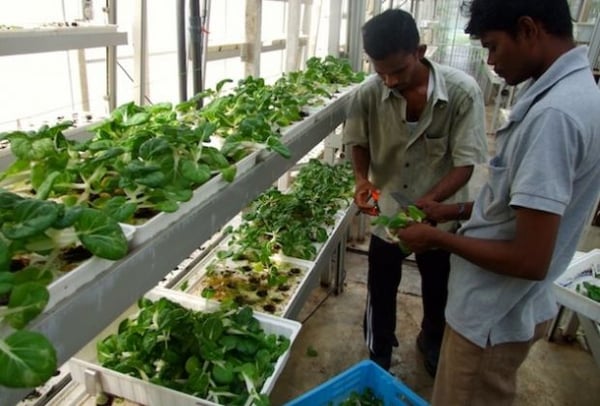 Singaporean greens are planted and harvested on a rapid 28-day cycle - keeping restaurants stocked with local healthy vegetables at minimal cost, and in the long run, making fresh greens readily and cheaply available to locals in what is mainly a food import economy.

In South Africa, a rooftop vertical garden is not only producing enough food for the community, it’s also recycling the water it uses, “a precious saving during a countrywide drought, which has required city residents to cut their water consumption by 15% or face rationing.” 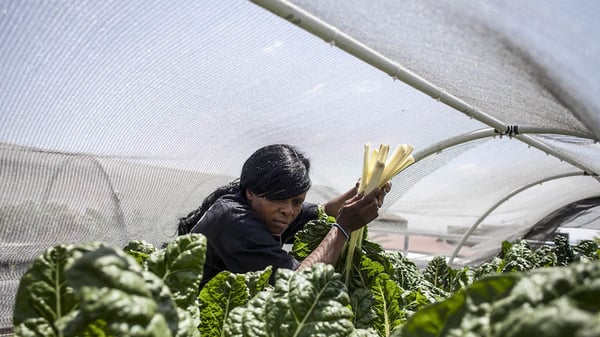 Even better, they’re producing so many greens the community farmers are actually drawing an income from it! “Although much depends on the spacing between the rows, generally a one square meter [10 square feet] plot can yield between four to nine kilograms [8.8 pounds to 19 pounds] of spinach per harvest,” write Mail&Guardian, “The price of spinach averages between R35 to R40 [$2 - $3] a kilogram, which can bring the farmers a tidy profit.”

The movement is growing and more and more people are growing at home for their own needs. This article talks in detail about how to create your own plant nursery at home.

From building stronger communities, to the space and water they save, vertical urban farms might just be the solution the world is looking for.

We worked with urban farmer Christian Lindfors to set up a micro-farm at Liberty Station, and the result was both eye-catching and productive.

Increase Your Yield with Vertical Farming

Space can be challenging for an urban farmer, which is why farming vertically offers advantages. The GrowUp system can increase your yield with these...

The Hidden Costs in our Food

We've broken down the costs behind the food we consume, what we can do to overcome it, and how we can utilize greenwalls to help!

Get notified on new marketing insights

Be the first to know about new B2B SaaS Marketing insights to build or refine your marketing function with the tools and knowledge of today’s industry.